TURN YOUR HOME INTO AN ACTIVITY CENTER

Patrick is an indoor cat so we are always looking for ways to keep him entertained and engaged. 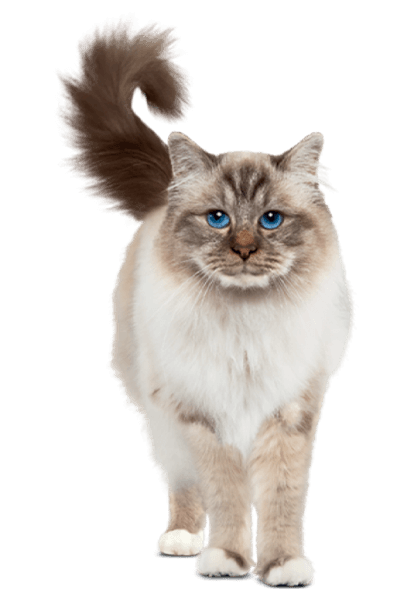 Patrick is an indoor cat so we are always looking for ways to keep him entertained and engaged. We already have a cat tree and a wealth of toys to play with, however as soon as a simple cardboard box enters the house, it’s the top pick for entertainment - always.

We saved up a few boxes to create an ‘adventure playground’ for Patrick to explore and play with - it doesn’t look the prettiest, but it definitely does the trick!

Patrick is a Bengal mix so isn’t the smallest cat - or the lightest! So it was important to find boxes that were big enough for him to squeeze into and easily interact with. We decided to go for a more linear structure as opposed to a tall tower - he would have loved this but due to his size, we weren’t sure the boxes would take his weight!

We cut holes in the boxes to create routes through – Patrick loves to squeeze into small spaces, (especially if they’re made from cardboard!) And at one end of the playground, we tucked a comfy textured blanket for Patrick to recharge his batteries - just in case he wore himself out.

Once the general structure was made, we decorated it with toys dangling from string and ribbons linked through the central ‘tunnel’ box. We even tried to make a homemade scratching area, sticking rough matting material to a box. The final touch was to add a few treats in nooks and crannies to entice him in - although we probably didn’t need this!

Patrick’s eyes lit up when he saw the completed playground - he made a beeline for the hole in the connecting box, squeezing himself into it. We hadn’t anticipated that he would have entered the playground this way - but he seemed to be enjoying himself. Next up was the big box - again, the small entry hole was definitely no worry for him!

The play continued, even once he had found the few stashed treats. This type of playground definitely appeals to Patrick’s inquisitive nature, having to test out all aspects of this new plaything in his house. He wasn’t fussed about the scratcher element - we have a number of scratchers throughout the house (though his favourite spot is our wicker chair!) and he was too interested in the rest of the playground to notice it.

The boxes themselves were the best bit for Patrick - he loves to investigate inside them and even just chill out there. The comfort of being in the confined space is evident. The holes in the boxes provided great observation spaces too, enabling him to peep out and keep an eye on what’s going on around him. Once he’d finished exploring, he took a well-deserved nap in the homemade bed - he definitely felt at home here!

The playground was really fun to make and a great way of getting creative with something as typical as a cardboard box. It was evident that this was an enjoyable experience for Patrick and definitely a good way to do something different whilst keeping him entertained.